Colonel Visosky was commissioned in 2000 from the US Air Force Academy and was assigned as a Program Manager at Los Angeles Air Force Base where he worked in MILSATCOM developing the AEHF Satellite System. He then went onto Hanscom AFB, MA, where he served in the JSTARS Program Office, as well as, the Executive Officer for the Vice-Commander of the Electronic Systems Center. Next, he was stationed at the US Air Force Academy where he served as an instructor and the Assistant Golf Coach for the Air Force Academy’s Division I Golf Program. He ended this assignment as the Executive Officer to the Commandant of Cadets, where he facilitated operations for the 4,400 member Cadet Wing. Colonel Visosky was then assigned to the Pentagon, where he served as the Chief of the Medium Altitude UAS Branch, and as Military Assistant to the Director of the Information Dominance portfolio within SAF/AQ. He then went on to Robins Air Force Base, as the Electronic Warfare Materiel Leader, where he was responsible for over 70 Electronic Warfare systems protecting 2100 CAF, MAF, and SOF aircraft. Following school, Colonel Visosky worked for the Deputy Assistant Secretary for Acquisition Integration implementing acquisition processes in support of the AF Service Acquisition Executive’s priorities, and advising other senior leaders on acquisition enterprise transformational issues.


Colonel Visosky was born in Covina, CA. He is married to the former Nicole Armstrong of Dexter, Michigan. They have two daughters, Claire & Allison.
Speaking At
Space Acquisition Panel | (1.5) Continuous Learning Points Available 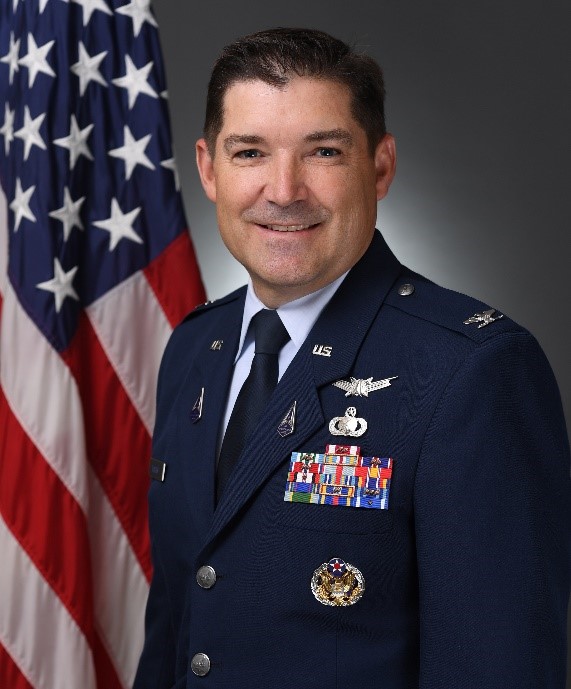