Colonel Roth has served in a variety of operations, acquisition, staff, and command assignments at many levels across the Air Force and Department of Defense. He has served as Minuteman III ICBM Combat Crew Commander, Instructor, and Evaluator; an Acquisition Program Manager at the Aeronautical Systems Center and the National Reconnaissance Office; a Branch Chief on the Joint Chiefs of Staff and Headquarters Air Force; an Executive Officer at Headquarters Air Force Materiel Command, an Executive Assistant on the Joint Chiefs of Staff J-5, and commander of the 333d Recruiting Squadron at Patrick AFB, Florida. 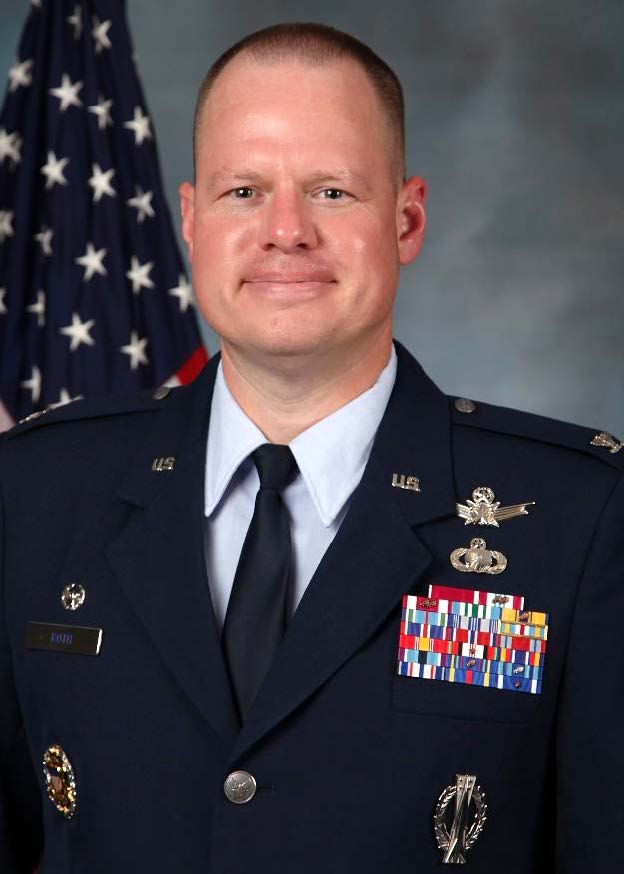