Full Name
Dr. Prasun Desai
Job Title
Deputy Associate Administrator, Space Technology Mission Directorate (STMD)
Company
NASA
Speaker Bio
Dr. Prasun Desai serves as Deputy Associate Administrator of the Space Technology Mission Directorate (STMD). In this role, Dr. Desai is responsible for executive leadership, overall strategic planning and direction, and effective management for all elements of the Space Technology Programs executed under STMD’s $1.1 billion budget. Plans, directs, coordinates, and evaluates the full range of Space Technology programs and activities including budget formulation and execution, and represents the program to appropriate officials within and outside the Agency. Dr. Desai allocates and reprograms STMD resources as required to meet approved objectives. Ensures that sound management and engineering practices are followed in the implementation of STMD Programs and Projects to ensure their safety and success, and to ensure that commitments are met. Supports the development of overall NASA planning, policy development, and program integration activities.

Dr. Desai has worked at NASA for 29 years. For the past 10 years, he has helped to establish the Space Technology Mission Directorate from inception at NASA Headquarters for development of next-generation space technologies and capabilities. Prior to that, he spent 19 years at NASA Langley Research Center as a senior systems engineer applying expertise in the fields of atmospheric flight dynamics, systems optimization, engineering of entry systems, flight operations, and design of planetary exploration mission elements for robotic and human systems. Dr. Desai has contributed to the design, development, analyses, and flight operations of many NASA missions (Mars Exploration Rover, Stardust, Genesis, Mars Phoenix Lander) pertaining to entry, descent, and landing of probes at Mars and Earth.

Dr. Desai has received numerous awards from NASA for his work including two Exceptional Engineering Achievement medals; an Exceptional Achievement medal, Outstanding Leadership Medal; he received an Exceptional Service Medal for his significant contributions throughout his NASA career; and was also selected as the 2005 National Engineer of the Year Award from American Institute of Aeronautics and Astronautics for his contributions on landing the Spirit and Opportunity rovers on Mars.

Dr. Desai has a B.S. in Mechanical Engineering from Rutgers University, an M.S. in Astronautics from the George Washington University, and a Ph.D. in Aerospace Engineering from the University of Illinois. He is an Associate Fellow of the American Institute of Aeronautics and Astronautics, and has authored or co-authored over 60 technical publications. Desai is also a prolific speaker, having given well over 100 presentations to schools (K-12), universities (domestically and internationally), civic groups, professional organizations, and the general public to promote science education and science literacy and to motive students for careers in math and science. He was the NASA Langley Research Center’s “Speaker of the Year” in 2008, 2009, 2011, and was inducted in the NASA Langley Speaker Hall of Fame in 2012.
Speaking At
Focus & Priorities from the Field 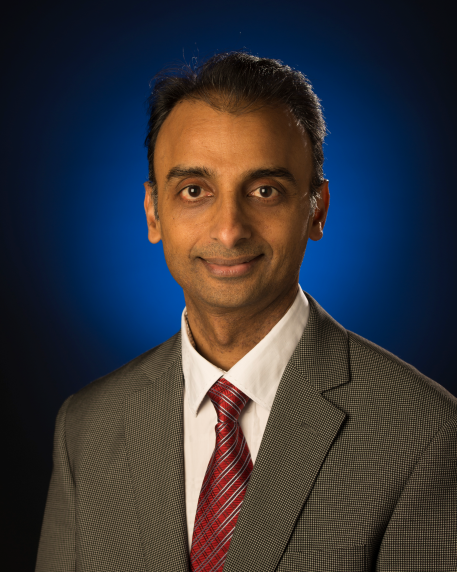