Full Name
COL Laurie Buckhout, USA (Ret.)
Job Title
Chief Strategy Officer
Company
Castellum
Speaker Bio
Laurie Moe Buckhout is a retired Army Colonel and decorated combat commander. Post-retirement, she founded Corvus Consulting, a strategic consulting and specialty services group specializing in Electronic Warfare,Cyber and Spectrum consulting, which she grew to over $43M in value in less than seven years. In 2019, COL Buckhout sold her company to Castellum, Inc., a US Corporation leading in Cyber, IT services and products Electronic Warfare. She has long been a thought leader in the areas of Electromagnetic Spectrum Operations, Cyberspace Operations and Electronic Warfare, being the leader in the development and validation of virtually all the US Army’s modern Electronic Warfare program requirements. She is also a past President of the Association of Old Crows, the International Electronic Warfare Association; and served as a Special Government Employee on National Telecommunications and Information Administration’s Commerce Spectrum Management Advisory Committee. COL Buckhout served as an Army Officer from 1984 to 2010, and is a native of Virginia and attending James Madison University. Upon completion of JMU’s ROTC Scholarship program, she was commissioned a 2LT in the Army Signal Corps in 1984, and from there served in leadership and staff positions from the 3rd Infantry Division to the White House, and from Platoon Leader to Battalion Commander, ending her career as Chief of Electronic Warfare for the Army’s Headquarters Staff. In addition to a Bachelor of Science Degree from James Madison University, she holds a Masters of Military Arts and Science and Masters of Science in Information SysteCOL Management from Webster University.

COL Buckhout’s career highlights include nearly a decade of service in Germany and the Middle East, to include a year as a battalion commander leading over 800 Soldiers in Operation Iraqi Freedom with the 32d Signal Battalion in Iraq, from 2003-2004. COL Buckhout’s military awards include the Distinguished Service Medal, the Bronze Star, the Defense Meritorious Service Medal (two awards), the Meritorious Service Medal (four awards), and several awards of Joint and Army Commendation and Achievement Medals and well as other various service awards. She also wears permanent orders of the Meritorious Unit Citation, the Presidential Unit Citation, and the Meritorious Unit Award, as well as the Combat Action Badge, the Parachutist Badge, and the Joint Staff, White House and Army Staff Badges. COL Buckhout is a subject matter expert in Cyberspace Operations and EW and ElectroMagnetic Spectrum Operations (EMSO), speaking often at defense and industry foruCOL addressing the asymmetric threat of spectrum warfare and all-domain operations around the world. She was selected at the four-star level to develop the Army’s first Electronic Warfare capability, after leading efforts in the Counter-Radio-Controlled Improvised Explosive Device fight, personally advising the Chairman, JCS. After her successes in these endeavors, she was elected as President of the 20,000-member International Electronic Warfare Association, the Association of Old Crows, an organization charged with leading global efforts to raise the awareness of Electronic Warfare, Spectrum and Cyber. She publishes on EW and Cyber in trade and technical periodicals, and also sits the Journal of Electronic Defense Editorial Advisory Board. She is a frequent interviewee on Cyber and EW such print and television forae such as the Washington Post, the New York Times, the Army Times, Inside Defense, Jane’s Defence Weekly, and National Geographic. COL Buckhout is also a guest lecturer on Cyber and EW at the National Defense University and the Marine Corps Command and Staff College.
Speaking At
Electronic Warfare Panel | 1 CEU Available 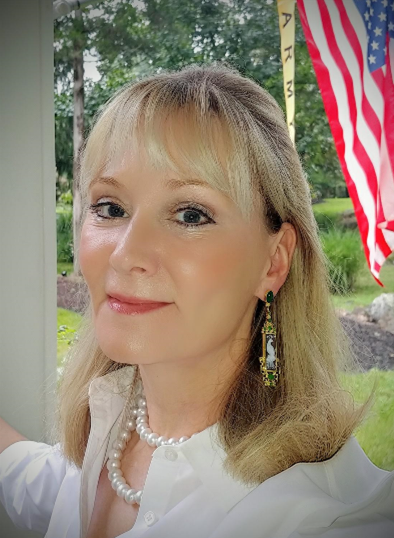