Means served 15 years in various operational and staff assignments in both the active duty and Reserve forces. He began his career when he was commissioned as a Navy officer through the Naval Reserve Officers Training Program in 1989. After completion of Advanced Overwater Jet Training, he was designated a naval flight officer and assigned to Fleet Air Reconnaissance Squadron FOUR in Patuxent River, Maryland where he qualified as a navigator, airborne communications officer, mission commander, and an instructor. Following that assignment, he served at the Pentagon in the National Military Command Center as a communications officer.

Means spent several years as a senior engineer and analyst with Raytheon, where he planned and implemented operational assessments for DISA. He entered federal service in 2000 with DISA and has worked in various engineering and leadership capacities at DISA over the last 20 years.

Means has numerous military awards including the Defense Meritorious Service Medal. He received his Bachelor of Science degree in electrical engineering from the Illinois Institute of Technology in 1989, and his Master of Science degree in national resource strategy from the Industrial College of the Armed Forces at the National Defense University in 2009. He also completed the Senior Executive Fellows program at Harvard University Kennedy School of Government in 2010. 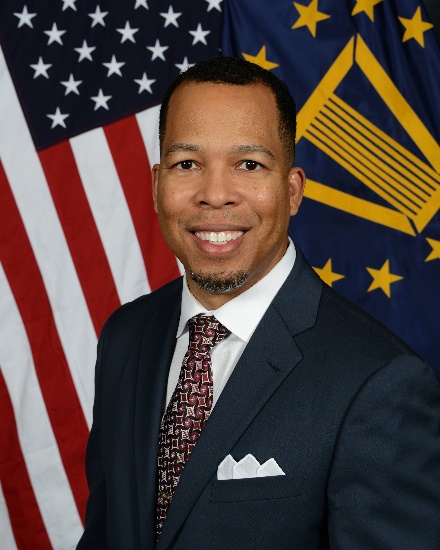