Full Name
Maj Jeremy Goldsmith
Job Title
Acting Director, Office of Small Business Programs
Company
Army National Guard
Speaker Bio
MAJ Jeremy Goldsmith is currently serving in the National Guard Bureau Office of Small Business Programs and is responsible for the day-to-day oversight and assisting the 54 states and territories. Prior to serving in the Small Business Office, MAJ Goldsmith served as the Team Leader and Contracting Officer for the Information Technology team supporting the Army and Air National Guard Headquarters and the National Guard Bureau Joint Staff. MAJ Goldsmith has served at National Guard Bureau for the past 7 years, prior to which he served in Afghanistan as a Contingency Contracting Officer under Operation Enduring Freedom.
MAJ Goldsmith served as a Signal Officer prior to entering the Acquisitions functional area. During his time as a Signal Officer, MAJ Goldsmith served as a Signal Detachment Commander and Battalion S-6 for 1st Battalion 20th Special Forces Group (Airborne). MAJ Goldsmith deployed to Iraq during Operation New Dawn as the Battalion S-6 for 1/20th SFG (A). He also served as the assistant S-6 for the 31st Chemical Brigade. During his time as a civilian, he served in the contracting career field under the Army’s Tank and Armament Command (TACOM) at the Anniston Army Depot. Throughout his 20 year military career both as a traditional Guardsman and Active Duty, he has earned numerous awards for exceptionally meritorious conduct in the performance of outstanding services and achievements. Other notable awards include the Parachutist Badge and the Army Staff Badge. MAJ Goldsmith earned his commission through Marion Military Institute and went on to earn his Bachelors of Science degree in Business / Information Management from Jacksonville State University in Jacksonville, AL. He also holds a Master’s Degree in Information Technology Management from Webster University. MAJ Goldsmith is DAWIA level three certified in Contracting has over 15 years combined civilian and military experience.
Speaking At
PANEL: U.S. Department of the Army 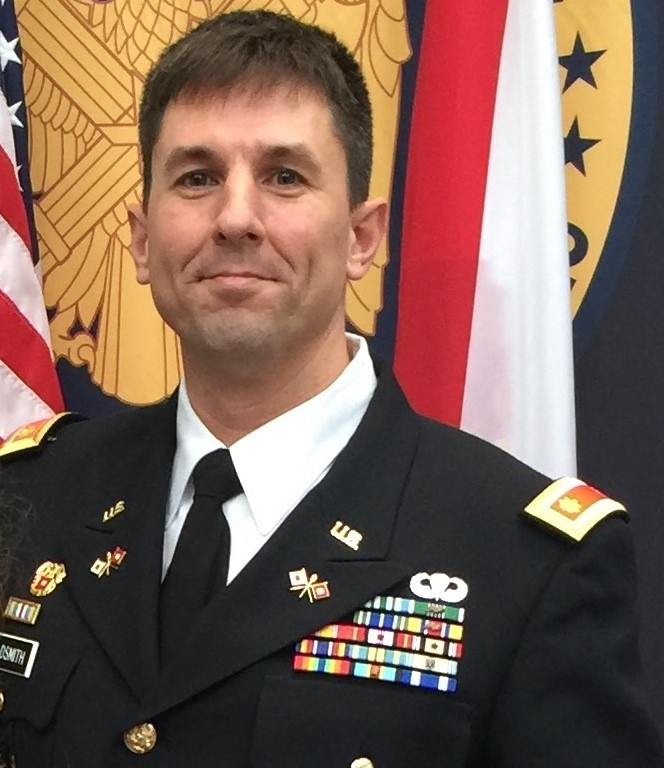