Patrick has a passion for volunteering and giving back to the community and has earned the President’s Volunteer Service Award several times. He has volunteered with Junior Achievement for over 10 years and was their keynote speaker at the Junior Achievement of Southern Colorado 2015 Gala. He also leads a men’s group at Our Lady of the Pines with a focus on growing men as leaders in their families.

Previously, Patrick held a wide variety of roles at Lockheed Martin for over 23 years, to include his most recent position of heading Innovation and Partnerships. He focused on leading a culture change across the company to include the Adaptive Acquisition Framework Pivot, Partnerships with DoD Organic Innovation Hubs, Software Factories enabling modern software methodologies, and Commercialization/ Non-Traditional Collaboration with a primary goal of driving innovative strategies to support the warfighter.

Patrick also served in several key leadership positions at Lockheed Martin. He led the cybersecurity team for the Command and Control Battle Management and Communication (C2BMC) contract in support of MDA. He was a Deputy Program Manager for the C2BMC Contract where he was responsible for execution of the PMO and overarching engineering along with a major IT transition project. For seven years he was the Operations Manager for the ISC2 Contract with the responsibility of overseeing 280 geographically dispersed personnel who were responsible for maintaining the integrity of the ITW/AA Air Defense, Missile Warning, and Space Missions. Prior that position, he was the Program Manager for the ISC2 O&M Program where he managed yearly sales of $72.6M and orders of $83.2M. He managed the relocation and staffing for the move of the Space Mission from CMAFS to VAFB. Patrick served as the Deputy PM for the Mobile Consolidated Command Centers (MCCC) Program where he managed numerous engineering change proposals, was the subcontracts program manager for a major subcontractor with 100 personnel and managed the cost controls for the program. He established the CMAFS Mission Assurance Center. Patrick served in a variety of additional roles including Software Development, System Safety, Reliability, and Human Factors Engineering on several contracts. He designed and implemented process improvement initiatives and supported numerous competitive proposals.

Patrick graduated in 1997 from the University of Washington with a Bachelor of Science Degree in Industrial Engineering. While working on his undergraduate degree, Patrick worked as a TA for Industrial Engineering 351, Human Factors and played NCAA Division I Golf as a student athlete. He later went on to earn his Master of Science in Management Information Technology in 2000 and his Master of Science in Business Administration in 2001, both from Colorado Technical University.

Patrick is a trained Black Belt and has participated in both Value Stream Mapping and Kaizen events. He has earned his Security +, ITIL Fundamentals, and Database Management certifications.
Speaking At
Round Table: DevSecOps, Cloud, and EITaaS 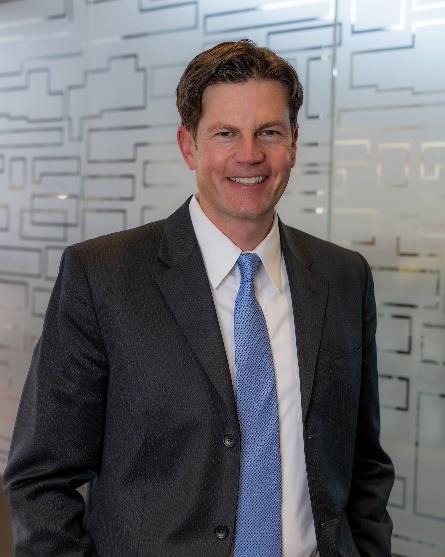