His previous assignment was as the Deputy for U.S. Army Product Manager Information Warfare (PdM IW). PdM IW provided a portfolio of software and hardware capabilities for cyberspace operations for the U.S. Army Cyber (ARCYBER), JFHQ-C (Army) and USCYBERCOM.

His last position prior to retiring from the U.S. Army was leading a program management office responsible for a fleet of 30 airborne intelligence, surveillance, and reconnaissance (ISR) manned aircrafts with an array of SIGINT and GEOINT sensors in support of combat operations in Afghanistan.

Mr. Khoi Nguyen started his military career by enlisting in the Virginia Army National Guard on Dec 1989 as an Infantryman. He served in the Guard until he earned his commission in 1994 as an Engineer officer through the ROTC program at Virginia Tech. Mr. Nguyen's previous military assignments include Sapper Platoon Leader, Combat Engineer Company Commander, Engineer Captain Career Course (EC3) Small Group Leader, and Assistant Professor of Military Science at Georgetown University, Washington DC. While in the U.S Army, he started his Acquisition career working as the chief for systems and security engineering for the Global Command and Control Systems – Joint (GCCS-J) at DISA. GCCS-J is a major acquisition information system. He also served as a technical program manager for multiple acquisition programs in Electronic Warfare and Military Intelligence systems. His operational and combat time include deployments in support of Operations New Dawn and Enduring Freedom. He retired from the U.S. Army in 2014. 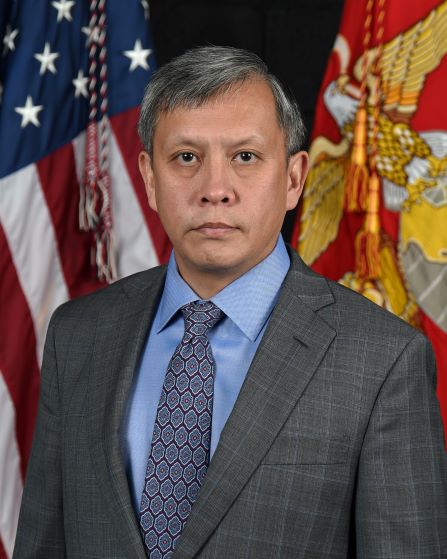