Full Name
Honorable Carlos Del Toro
Job Title
Secretary of the Navy
Company
U.S. Department of the Navy
Speaker Bio
The Honorable Carlos Del Toro was sworn in as the 78th Secretary of the Navy August 9, 2021. As Secretary, he is responsible for over 900,000 Sailors, Marines, reservists, and civilian personnel and an annual budget exceeding $210 Billion. His priorities include securing the training and equipment successful naval operations demand and addressing the most pressing challenges confronting the US Navy and Marine Corps – China’s naval ambitions, climate instability, Covid’s ongoing impact, and strengthening a naval culture of inclusiveness and respect.

Born in Havana, Cuba, Del Toro immigrated to the U.S. with his family as refugees in 1962. Raised in the Hell’s Kitchen neighborhood of New York City, he attended public schools and received an appointment to the United States Naval Academy, where he earned a Bachelor of Science Degree in Electrical Engineering. Secretary Del Toro was commissioned as a Surface Warfare Officer upon his graduation in 1983.

His 22-year naval career included a series of critical appointments and numerous tours of duty at sea – including First Commanding Officer of the guided missile destroyer USS Bulkeley (DDG 84); Senior Executive Assistant to the Director for Program Analysis and Evaluation in the Office of the Secretary of Defense; and Special Assistant to the Director and Deputy Director of the Office of Management and Budget – where he helped manage the budgets of DOD, the U.S. Department of State, the Central Intelligence Agency, the Defense Intelligence Agency, the National Reconnaissance Office, and the Peace Corps.

After retiring at the rank of Commander, Secretary Del Toro founded SBG Technology Solutions, Inc. in 2004. As its CEO and President, he supported defense programs across a host of immediate and long-term Department of Navy issue areas, including shipbuilding, AI, cybersecurity, acquisition programs, space systems, health, and training.

Secretary Del Toro and his wife have four children and a granddaughter.
Speaking At
Morning Keynote 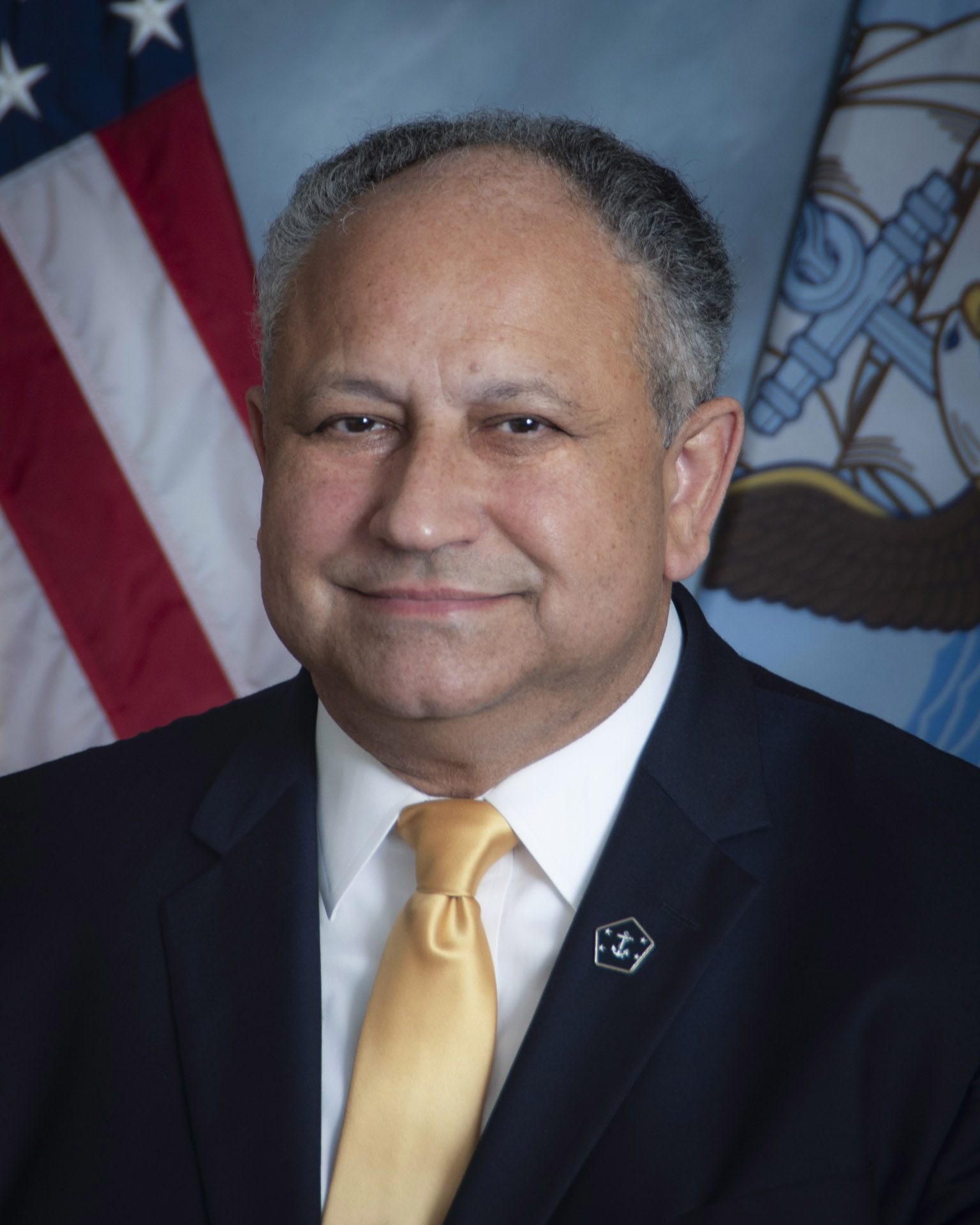