Mr. Battistelli began his career with the US Navy in 1999 serving as a Radioman and Information Systems Technician. In 2003 he deployed to the Persian Gulf with the USS Nimitz in support of Operation Iraqi Freedom and Operation Enduring Freedom. Mr. Battistelli departed the Navy in 2006 with his final duty assignment supporting the Joint Chiefs of Staff, Office of the Chief Information Officer, at the Pentagon.

From 2006-2010, Mr. Battistelli worked as a Systems Engineer and Cyber Security Analyst for General Dynamics Information Technology securing Access Control and Intrusion Detection Systems at the Pentagon. In 2010, he began his career as a Federal Employee working for the Pentagon Force Protection Agency (PFPA) as the Senior Information Assurance Officer. In this position, Mr. Battistelli was responsible for the development of the PFPA Information Assurance (IA) program and Computer Incident Response Team (CIRT). During this time, he accredited and secured the largest Access Control System in CONUS at both the Pentagon and during the buildout of the Mark Center. In 2012, Mr. Battistelli joined the Federal Aviation Administration (FAA) working in the FAA Security Operations Center. In this capacity, he was responsible for the execution of the cyber protection, detection, and incident response for all Department of Transportation Entities (Federal Highway, Federal Railroad, etc...) in a 24/7/365 cyber security facility. In 2014, Mr. Battistelli left the FAA to once again work for the Department of Defense.
Mr. Battistelli holds a Bachelor’s Degree in Management Information Systems from National-Louis University in Evanston, IL and a Masters Degree in Cyber Security from Liberty University located in Lynchburg Virginia. Mr. Battistelli completed the Senior Executive Fellows Program from the John F. Kennedy School of Government at Harvard University.

Mr. Battistelli is married to wife Kammie, has a step-son, Eriq and son Caleb. When not working, you can find him cheering on his son at soccer games or still trying to figure out Brazilian Jiu-Jitsu.
Speaking At
AFCEA NOVA January Luncheon | Mr. George Battistelli Jr. 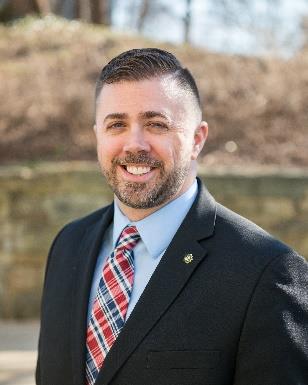