Mr. Saville started his Air Force civilian career as a COPPER CAP Outstanding Scholar intern in Contracting. During his four years on the program he worked in Depot Maintenance at Robins AFB, GA. Of those years as an intern he spent nearly two of them in Special Ops Contracting working on the Gunship team. He also earned two Master’s degrees, one in Administration/Logistics Management and another in Logistics Systems. Upon graduating the COPPER CAP program he went to Hanscom AFB, MA where he worked as a Contract Specialist on the U.S. team of the AWACS Contracting office. Later he would work on a large Foreign Military Sales (FMS) program, before he was promoted to Contracting Officer (CO) with an unlimited warrant. He was the CO on an Interim Contractor Support effort for the Battle Control System Fixed program, a major automated information system. The last effort he worked at Hanscom was the Three Dimensional Expeditionary Long Range Radar (3DELRR), a major defense acquisition program. Upon RFP release he was off to Air Command and Staff College where he received his third Master’s in Military Operational Art & Science. From there he went to the Air Force Nuclear Weapons Center (AFNWC) at Kirtland AFB, NM where he worked a number of Advisory & Assistance Services (A&AS) and Systems efforts. In 2016, after a little over 21 years of Air Force acquisition, he became the Contracting Resource Manager and Subject Matter Expert for the Directorate, as well as the Director of Small Business Programs. In 2019, he was made the Center Small Business Director full-time. His duties also included work as the AFNWC Services Acquisition Lead supporting the Deputy Program Executive Officer (PEO) for Strategic Systems, the Center Executive Director, and the Commander. He worked in that position until moving to the Pentagon.
Speaking At
Small Business Presentation 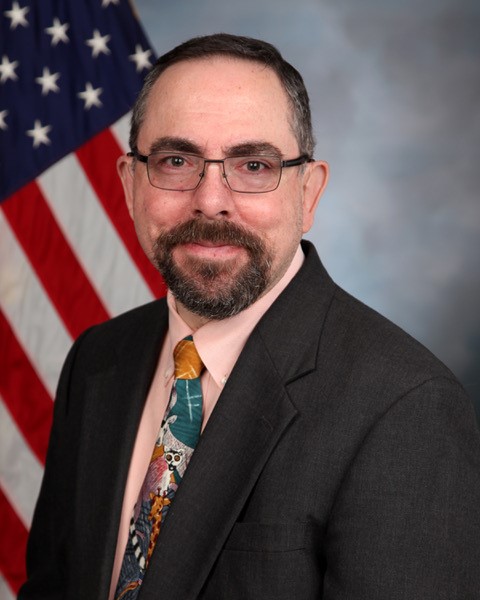