Lt Col Meagher received his commission from the United States Air Force Academy in 2004 with a B.S. in Mechanical Engineering. Upon graduation, he participated in the Program for Research and Education in Space Technology at the NASA-Goddard Space Flight Center and earned a M.S. in Mechanical and Aerospace Engineering from The George Washington University in 2006. He attended pilot training at Moody AFB, Georgia in the T-6 and Laughlin AFB, Texas in the T-38.

Following initial pilot training, Lt Col Meagher conducted training in the B-52 “Stratofortress” at Barksdale AFB, Louisiana and an operational assignment with Air Force Global Strike Command in Minot AFB, North Dakota where he served as an aircraft commander, flight lead, and flight commander. In 2010, he deployed to Guam AFB, flying 21 missions in support of the Pacific Command Continuous Bomber Presence. In 2011, he was selected to attend the USAF Test Pilot School (Class 11B) at Edwards AFB, California. Following graduation in 2012, he was assigned to the 419th Flight Test Squadron where he served as a test pilot, flight commander and chief of training. In 2014, Lt Col Meagher began a tour as a KC-46 Avionics Program Manager in the Tanker Program Directorate at Wright-Patterson AFB, Ohio. In 2016, he began serving as the Director of Operations for the 586th Flight Test Squadron, providing test and test support to over 50 programs utilizing T-38 and C-12 aircraft. In 2018, he began his tour as commander, 419th Flight Test Squadron, and director, Global Power Bomber Combined Test Force, Edwards Air Force Base, California. He led a test force of over 450 personnel in the developmental test and evaluation of the B-1, B-2, and B-52. Additionally, the squadron oversaw the C-12 Formal Training Unit, responsible for the training of C-12 aircrew for the Department of Defense and other government agencies. He is a recent graduate of National Defense University from the Eisenhower School for National Security and Resource Strategy with a concentration in the Strategic Acquisitions Course. 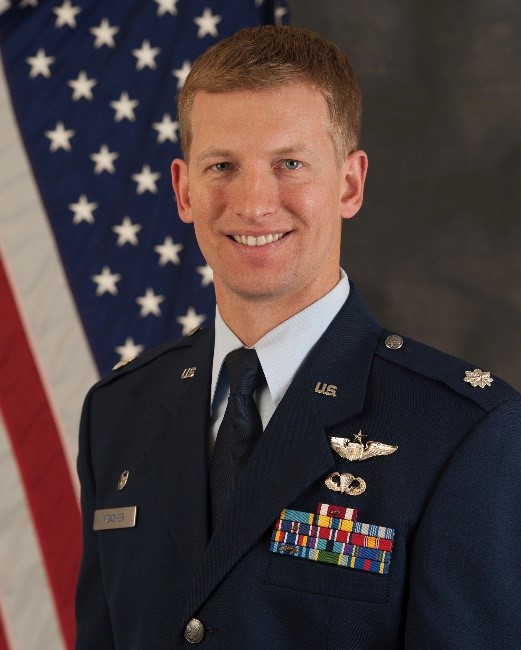