Brigadier General Potts has served as an attack helicopter platoon leader in Germany, and in staff positions as a logistics officer, an intelligence officer and an operations officer. He served as commander of the U.S. Army's AH-64 Apache Attack Helicopter Training Company, and also served in the FORCE XXI experiments in the Digital Force Coordination Cell as Operations Officer for Aviation, Field Artillery, and Air Defense.

Brigadier General Potts is a rated AH-64 Apache Instructor Pilot with a combat tour in Operations Desert Shield/Desert Storm. As an acquisition officer he has made numerous deployments to the Balkans, Operation Enduring Freedom and Operation Iraqi Freedom, fielding and sustaining critical battlefield systems.

Brigadier General Potts and his wife Jennifer have been married 13 years. He is the proud father of two grown children: his son, Taylor, who lives in California and his daughter, Cynthia, who lives in Texas.
Speaking At
PEO Soldier Panel 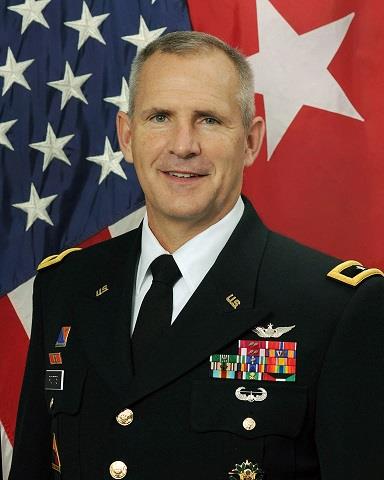