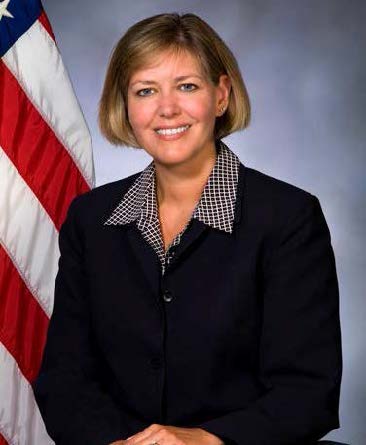 Prior to joining the Office of the Assistant Secretary of the Navy, Ms. Shaver served as the Director of Contracts, Naval Sea Systems Command (NAVSEA) from December 2014 to June 2019, where she had full authority and responsibility for one of the largest and most complex procurement organizations in the Federal government. As the senior civilian for contracting at NAVSEA, Ms. Shaver was responsible for the contractual oversight of the Nation’s most complex shipbuilding and weapon systems procurement on behalf of NAVSEA headquarters and its numerous field activities with delegated contracting authority, located throughout the country. Her duties involve the obligation and expenditure of an estimated $30 billion annually.

Prior to selection as the Director of Contracts, Ms. Shaver served as Director of the Undersea Systems Contracts Division, Naval Sea Systems Command from February 2010 to November 2014 with annual obligations in excess of $3 billion annually. Ms. Shaver was responsible for directing and coordinating major procurement operations involving the planning, negotiating, and awarding of contracts for an array of major defense programs in support of the Program Executive Office for Submarines and the Program Executive Office for Littoral Combat Ship. In addition, Ms. Shaver was responsible for the oversight of University Affiliated Research Center contracting, Simplified Purchase functions for the Command, and professional support services contracting, known as SeaPort. Ms. Shaver also served as the SeaPort-e Program Manager, responsible for the application of the SeaPort concept Navy-wide.

Ms. Shaver served as the Chief of Staff for the Contracts Directorate, Naval Sea Systems Command from August 2007 through February 2010. In this capacity, she was responsible for all aspects of directorate administration, from budget execution to human capital strategy development, along with overarching acquisition policy and process implementation. This included oversight of congressional and media correspondence, acquisition management and contracting workforce issues across the entire contracting competency.

Ms. Shaver was selected to the Senior Executive Service in February 2010. Ms. Shaver attended George Mason University and graduated in 1989 with a Bachelor’s of Science degree in Business Administration. Ms. Shaver holds a Master’s of Science in National Resource Strategy and earned the Senior Acquisition Course Certificate from the Industrial College of the Armed Forces. She is a graduate of the Navy Acquisition Intern Program, a certified Contracting Professional, and member of the Acquisition Professional Community since 1994. Ms. Shaver was awarded the Navy Civilian Meritorious Service Medal in 2009, the Undersecretary of Defense Award for Acquisition Excellence in 2016 and the Presidential Rank Award of Meritorious Executive in 2017.
Speaking At
Small Business Execution Audit Results
Close