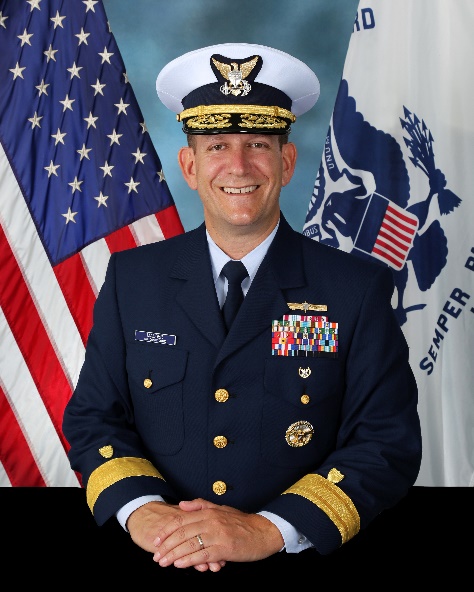 During his prior flag assignment, he served as the Director of Training and Exercises (J7) at U.S. Cyber Command. There he developed joint training and assessment standards and orchestrated over two dozen large scale exercises for the Cyber Mission Forces, partner nations, inter agencies, all Services, National Guard, Reserves, and private industry.

Previous assignments include serving as the Commanding Officer of the Coast Guard Marine Safety Center, where he served as the Coast Guard’s lead technical authority for the implementation of commercial safety, security and environmental protection regulations. He also served as the Chief, Office of Design at Engineering Standards at Coast Guard Headquarters, where he led the development of safety and environmental protection standards for international shipping and offshore oil and gas activity.

RDML Mauger has extensive experience assisting government agencies with strategy development, resource allocation and succession planning. Assignments include: serving as a Military Assistant to the Director, Office of Net Assessment at the Pentagon, where he advised senior defense leaders on competitive strategies; serving as the Coast Guard’s lead budget analyst for the service’s $1.4 billion acquisition appropriation; and as the Chief of Staff, for the Department of Homeland Security’s 2008 Presidential Transition team.

His operational assignments include overseeing commercial port operations in Charleston, SC, where he enforced maritime safety and security regulations in one of the nation’s strategic commercial and military ports; conducting commercial vessel inspections and casualty investigations at Activities Europe in Rotterdam, The Netherlands; and Assistant Engineering Officer of a high endurance cutter in Honolulu, HI. His staff tours include service as Chief of Commercial Vessel Security during the national response to the terrorist attacks of September 11, 2001 and as an engineer at the Marine Safety Center and the Electronics Engineering Center.